We had a free weekend, and the call of Baxter State Park was too strong to resist. We hadn’t been to the park this year, and we felt long overdue. Our friend Mark was free to join us again, so we picked him up right after work on Thursday. We were planning to spend the night in Fredericton at Heather’s mother’s house to get a good night’s sleep and so we’d have time and energy for a hike on Friday afternoon. Unfortunately the four hour drive to Fredericton ended up taking more like 9 hours, but that’s another story…  We arrived in Millinocket just before lunch on Friday, though we were operating on significantly less sleep than we’d planned.

November is the “shoulder” season in the park. Summer camping has ended and the winter season has not yet started. Park staff are very limited (to the two Rangers at the gates) and park roads are subject to closing at any time when driving conditions deteriorate. Luckily the roads stayed clear and the gates were open from 6am to 7pm each day. We had a few trails in mind, but knew that we would need to wait until the last minute to see what the conditions and the forecast had in store. (As you may recall from previous posts, we have hiked approximately 50% of the trails in the park and are keen to find time to hike the rest).

We were looking forward to stopping to check out Baxter Park Headquarters in Millinocket. We are planning to return for a winter adventure this year and wanted to clarify a few trip planning questions in person. Baxter does a fantastic job of providing education information to visitors in the park, and the displays at the Headquarters were just as good.

Since the park was closed to camping, we were lucky to make arrangements to stay in a bunkhouse at the Penobscot Outdoor Center. It’s located only about 15 minutes from the Park’s South Gate. The campground was officially closed, but we learned that if circumstances allow they will open the gate for off-season use. Although the bunkhouse was unheated, it ended up being much more convenient for unpacking and repacking gear each day, and made the preparations much faster and easier.

We were aware that sunset would be earlier than we were used to in Nova Scotia, and though we often hike at night in some circumstances, we wanted to avoid pushing the limit in Baxter. So it seemed that South Turner would be a good destination for our first afternoon. We started the hike from the Roaring Brook campground. Never before had we seen only 4 cars (including ours) in the parking lot and an otherwise deserted campground. 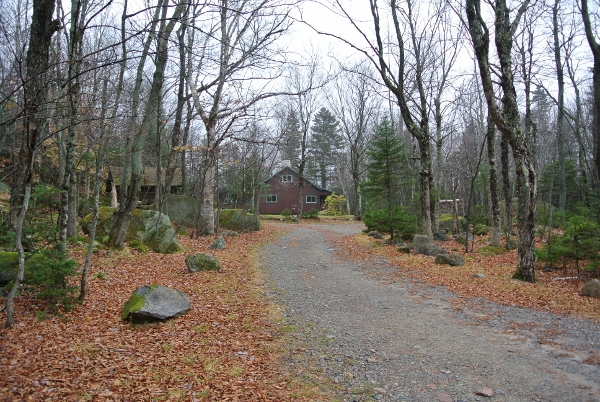 We set out on the Sandy Stream Pond trail which leads to the start of South Turner Mountain trail. The path is mostly wooded until it breaks out of the trees onto a steep slide just below the summit.

There is a tiny bit of scrambling near the top.

We were prepared for a few drops of rain but the wind was more than we were expecting, with the gusts often strong enough to knock you off balance at the summit. 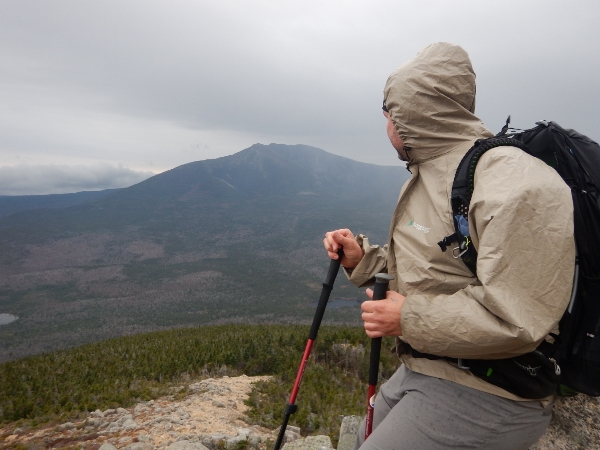 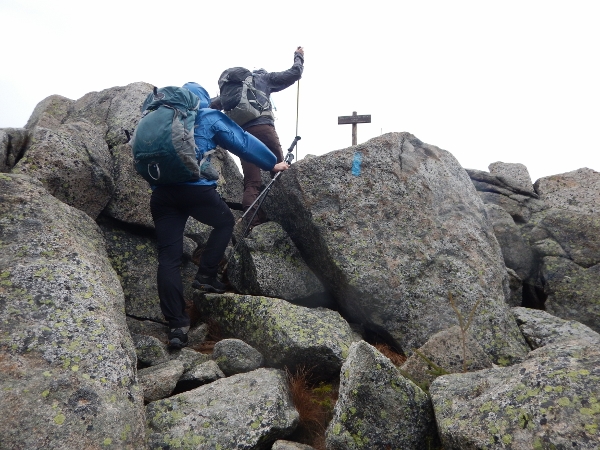 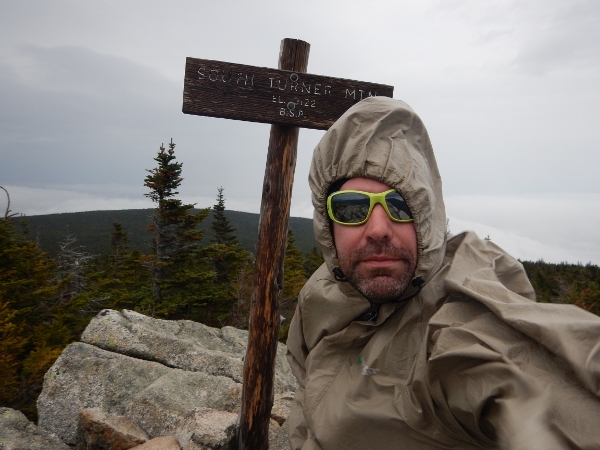 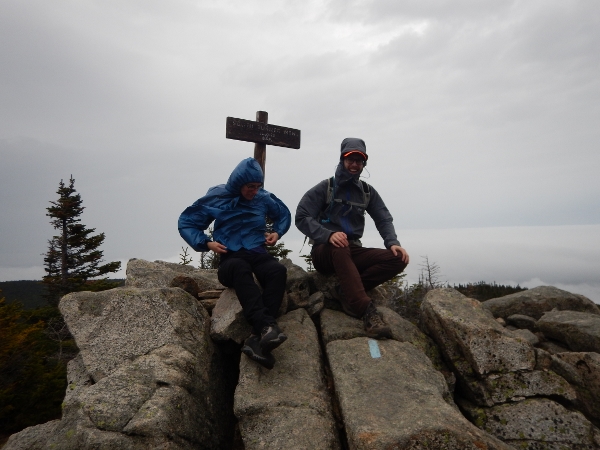 We stayed only a few moments, admiring the profile of Mt Katahdin and the Knife Edge from this vantage point, and headed back down. 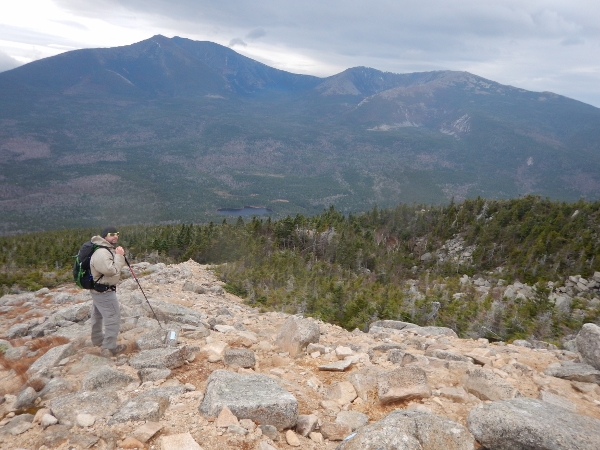 This was a short hike, but there was still Day 2 and Day 3 to come!