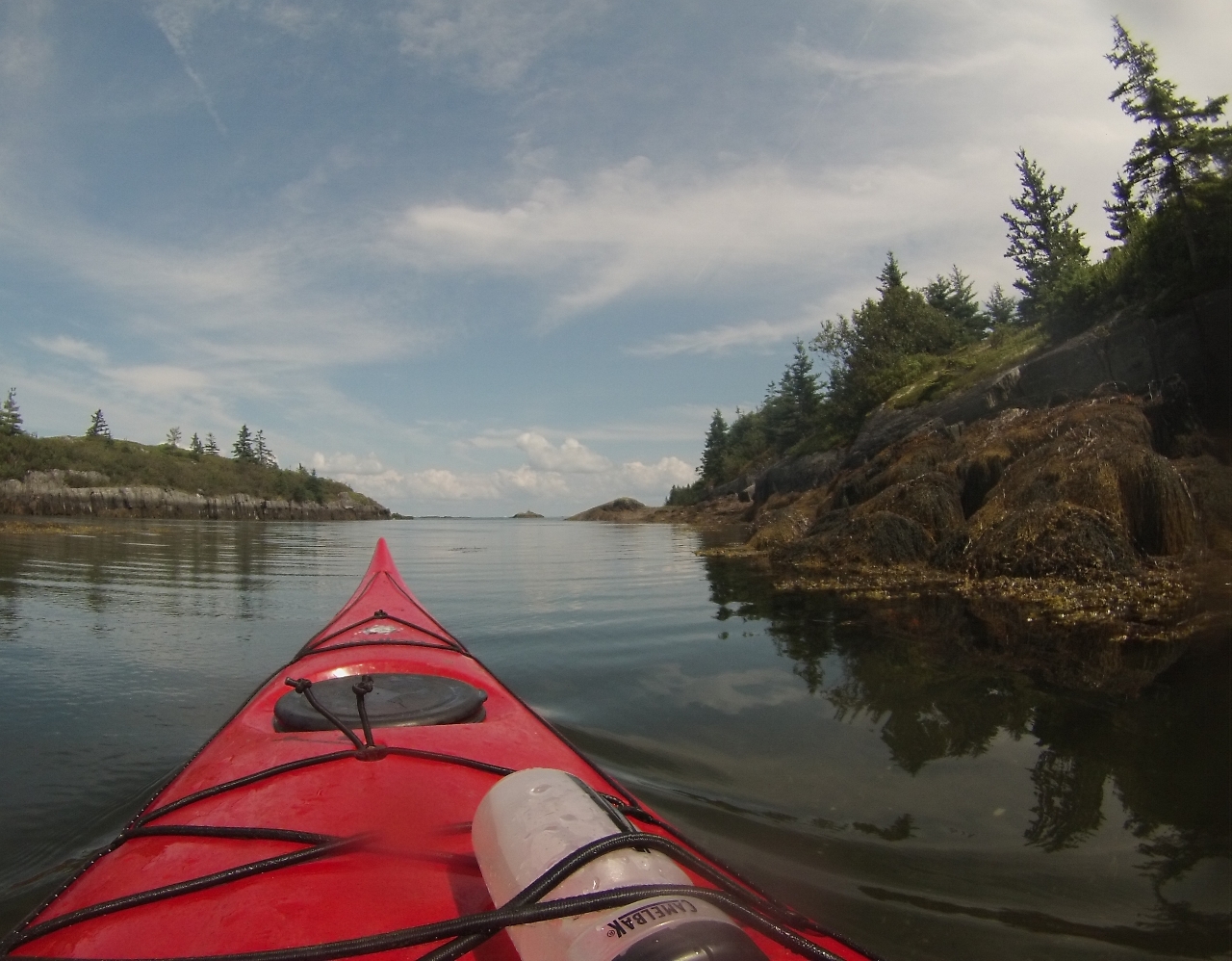 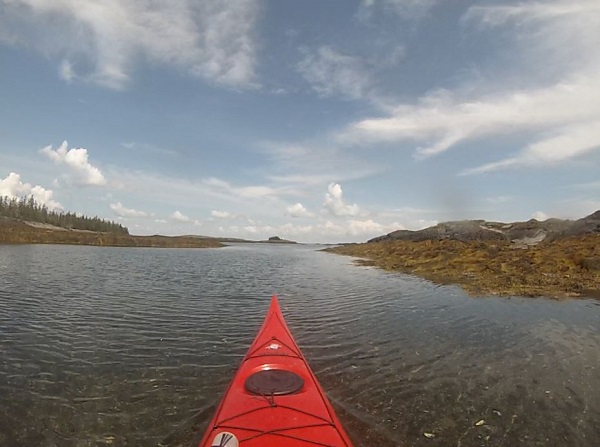 After mostly sitting and relaxing for a couple of days watching some great performers at the Lunenburg Folk Harbour Festival we were itching to get in a little exercise so we went for a paddle at Pleasant Paddling Sea Kayaking in Blue Rocks, just outside the town of Lunenburg. Wade had wanted to try this for quite some time but it just never worked out. “Well today I was bored, looking for something to do, the weather was perfect and we were already in Lunenburg…. it was impossible to pass up the opportunity. I would’ve like to have had the time for the four hour rental but sometimes you take what you get.” 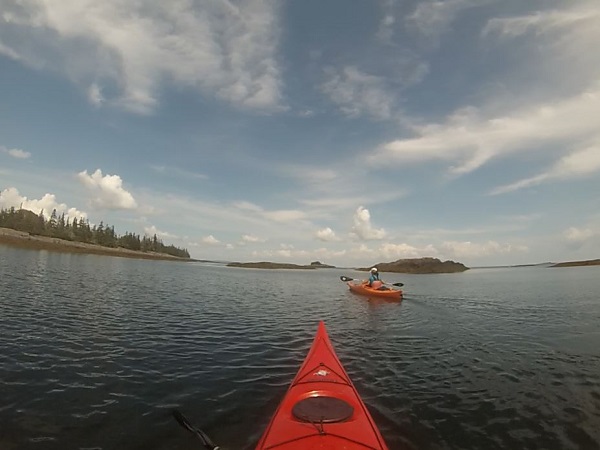 The goal of the day was an ambitious one for two hours – to paddle through Tanners Pass to the Heckmans Island bridge and back. Wade was very familiar with the area from sailing and paddling and was a little surprised that they didn’t provide charts with the kayak rental. Luckily we had brought along a map. The shoreline is dotted with small islands making it scenic but confusing. It’s a great area for beginners because you can explore the sheltered islands for hours but the key is to make sure you stay oriented. However, if someone were overly confident they could find themselves in trouble real fast because you can also reach bold open ocean swells within twenty minutes. 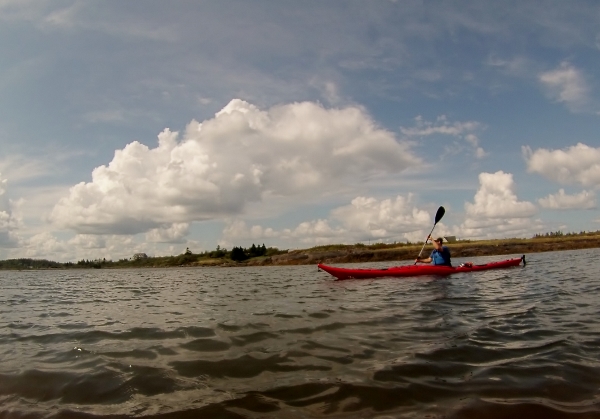 We were just passing Millers Island when we spotted a couple of paddlers coming our way so we stopped to say hello. As they approached we could see that lost look in their eyes. Seems like they were unknowingly taking the “long way” to Tanners Pass. They had got turned around amongst the islands and were heading in the complete opposite direction. They had a chart with them but had paddled off the edge of the page without knowing it, and then got confused trying to pinpoint their position based on the land features. It took a minute to get them sorted, then we offered to show them to the entrance and set off again towards the pass. 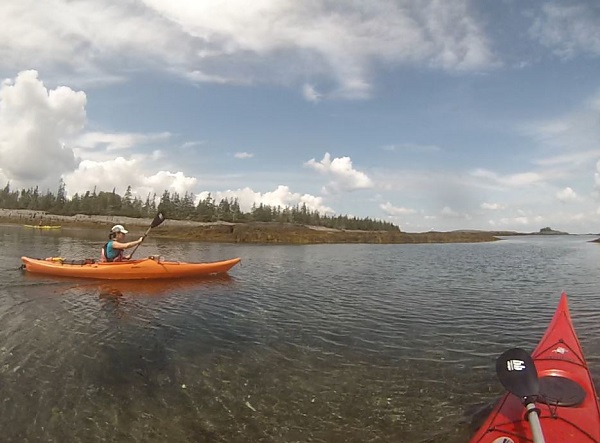 We probably could’ve made it to the bridge if we just gunned it, but it was such a gorgeous day for a paddle that it just seemed like taking in the scenery was a far better choice. We reached the entrance to Tanners Pass and saw the other kayakers off in the right direction, then turned back before we ran out of time. 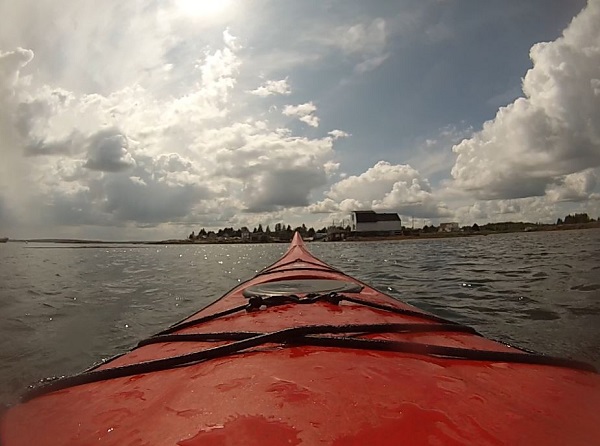