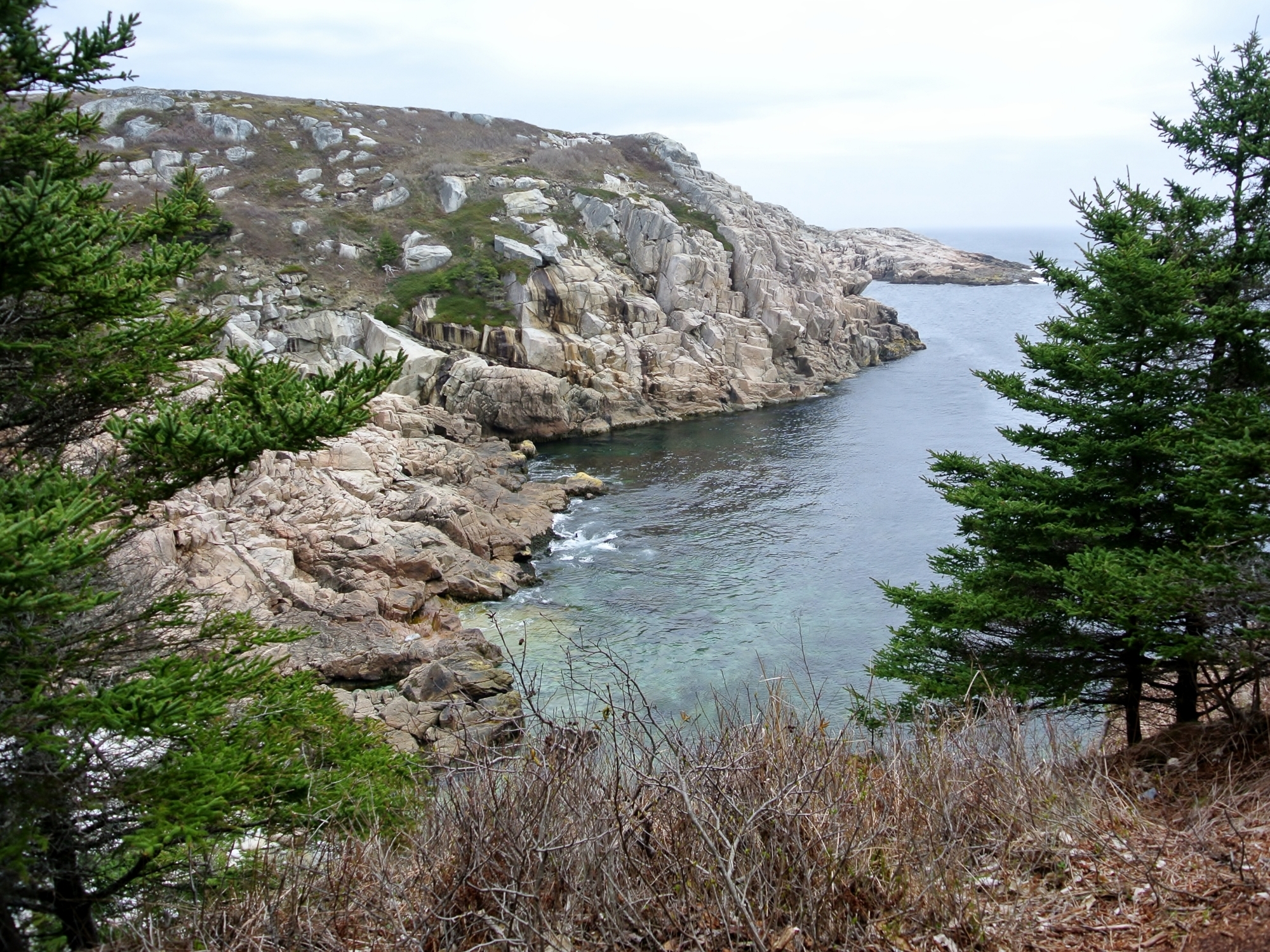 The forecast said it was finally spring – inland. So we headed out for a coastal hike, and ended up wearing jackets and hats for part of the day. Such is the nature of the harsh Atlantic shoreline when the winds are blowing off the water. It was a spectacular day with the sky changing from grey and dark to bright blue, and the winds briefly gusting enough to keep your on your toes. As usual, our photos don’t remotely do it justice.

Duncans Cove is a favourite of many Nova Scotians, though we rarely think to hike there for some reason. It’s only about a half-hour drive from downtown Halifax. It is not an officially maintained trail system, and in fact the main trailhead appears to be across private property, although much of the walk is within the Duncans Cove Nature Reserve. This hasn’t stemmed its popularity, with dozens of cars often seen parked at the trailhead.

It is definitely an amazing spot to spend an afternoon. You quickly walk away from the houses across a barren and often muddy track toward the coast. 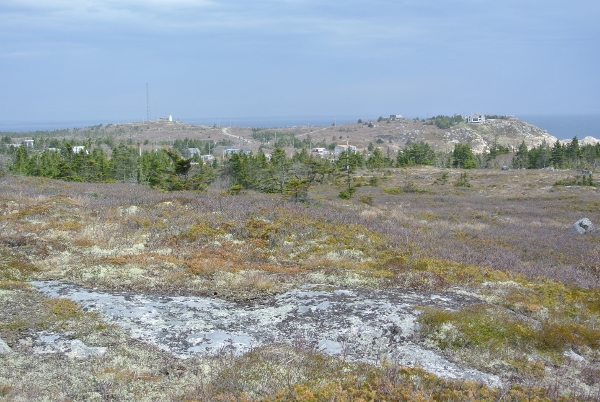 Once past the houses, you enter the Nature Reserve area. Because the trails aren’t maintained, there are a number of footpaths worn into the ground. 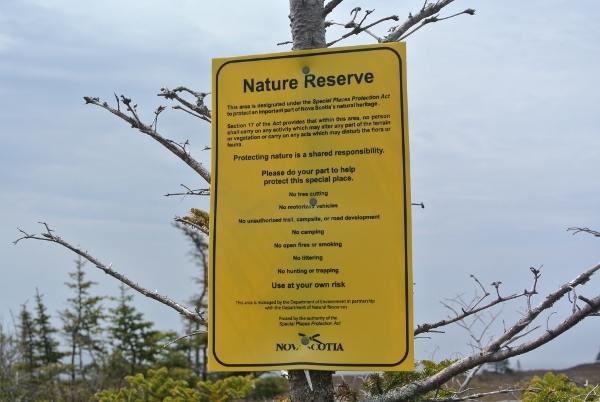 It’s just a short walk to where you choose to head down closer to the rocky shoreline. It was still pretty grey with fog slowly fading into the distance as we set out. 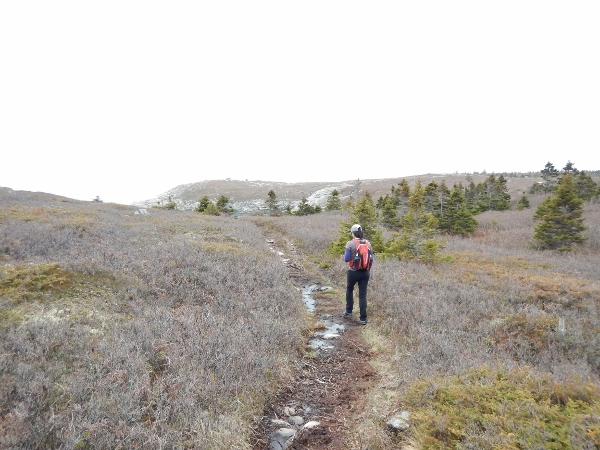 This is the first of a few scattered and now crumbling buildings which are remnants of a fortified coastal battery. 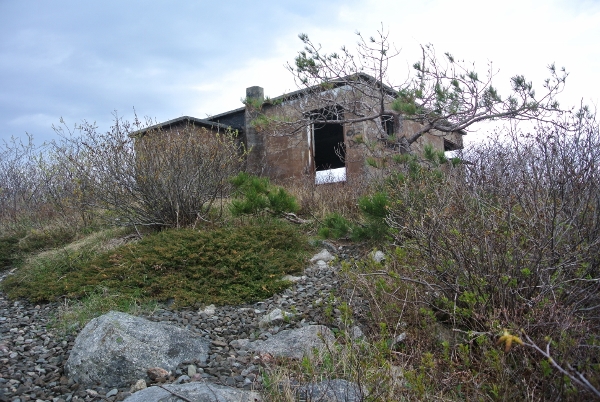 This one is filled with graffiti. 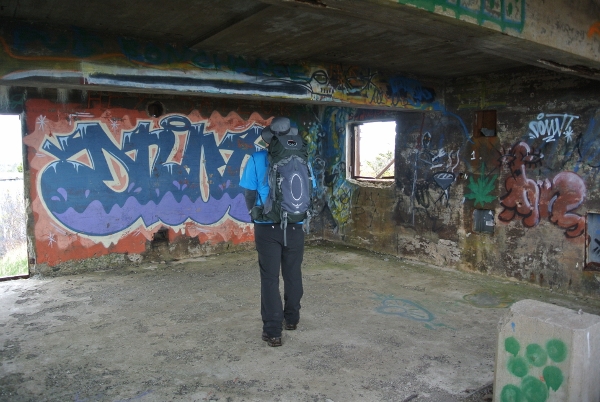 You can see another building atop the next high point. 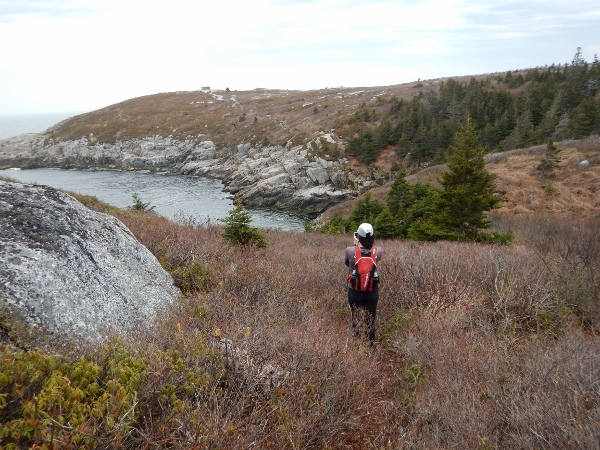 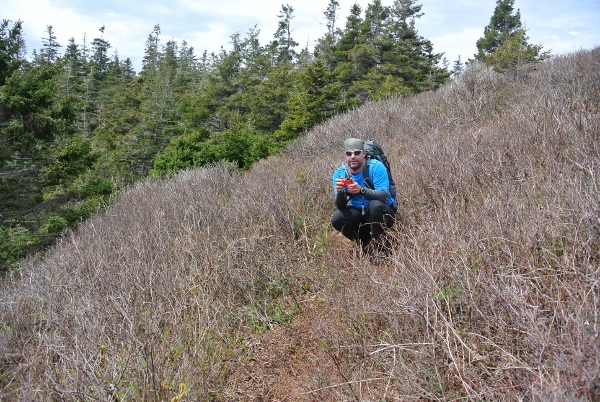 Looking into one of the many coves along the route. 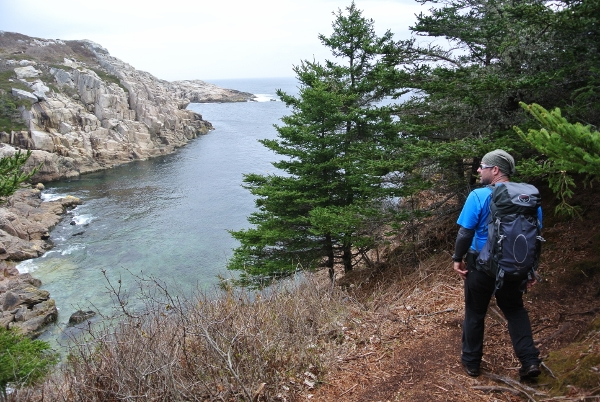 The third old building you pass. 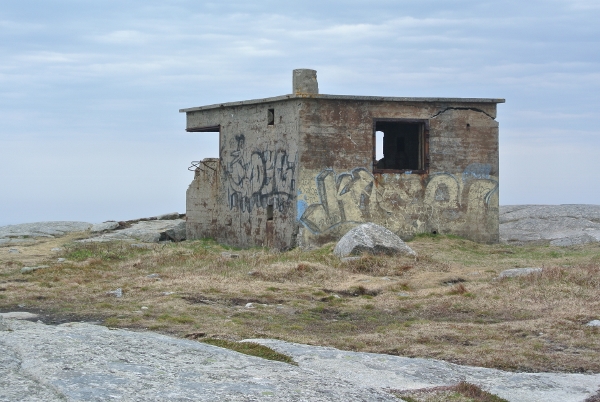 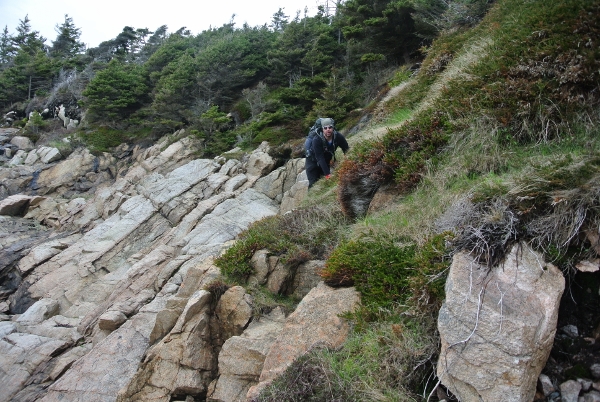 Here the wind picked up and it was suddenly icy cold! Heather was very thankful for packing the down jacket that she never thought she would actually need. 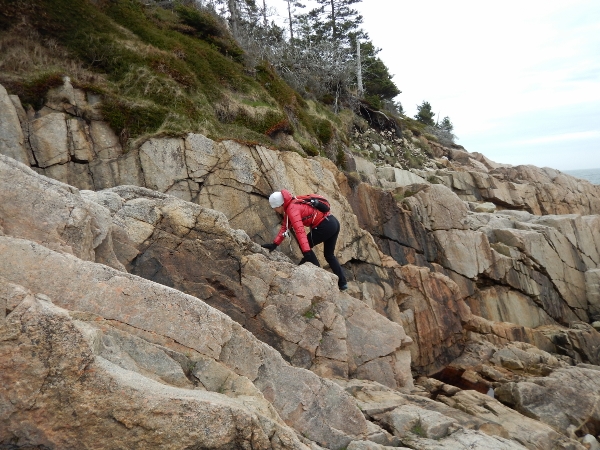 We didn’t go too far in the wind. It was all rock scrambling at this point… definitely somewhere to explore more another day. 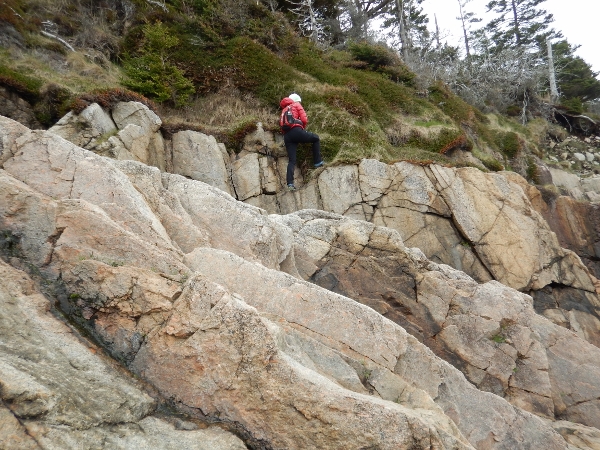 Heading back along the coastal route… 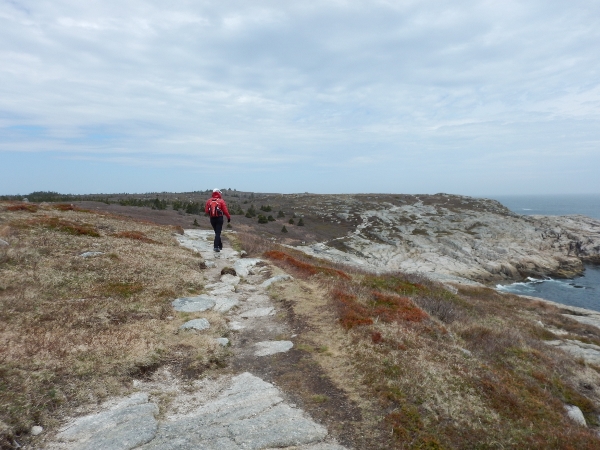 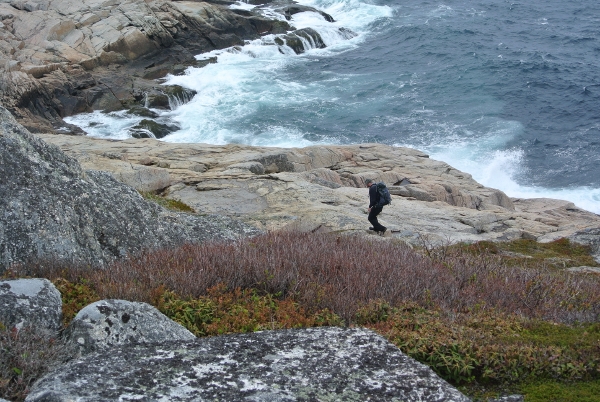 Almost back now… with the route stretching out behind Wade. 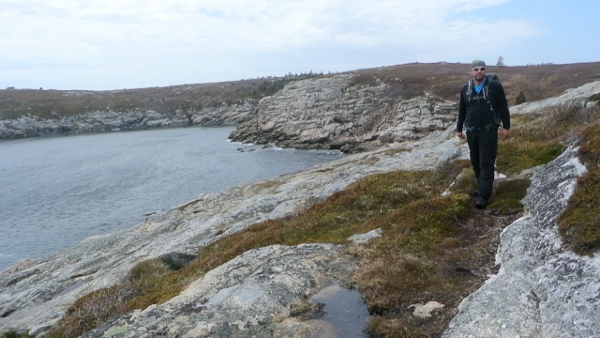 We saw quite a few other hikers as we were finishing the hike, but very few along the way out. We spoke to one other group wearing unusually large backpacks. Like Wade, they were trying out new gear (he was also testing a new backpack). They were preparing for a trip to Gros Morne’s Long Range Traverse. We chatted for a while and told them about our trip there last September. Good luck! 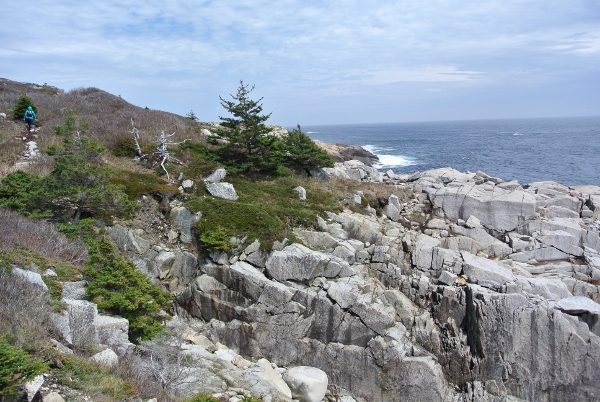 This was a fun hike with typical NS ever-changing weather. Now that we’ve done some more research about the boundaries of the Duncans Cove Nature Reserve, we will definitely plan a trip back to explore it in more detail.